Light rain fell and it didn’t bother me at all. I was too excited. This was the show I’d been looking forward to all week long featuring young designer Paco Rogiene. A Baltimore native who began designing as a teen, Paco has always been one to watch. Gaining popularity in the DMV, he then set his sights on New York where his collections earned him esteem from fashion icons like Naomi Campbell. 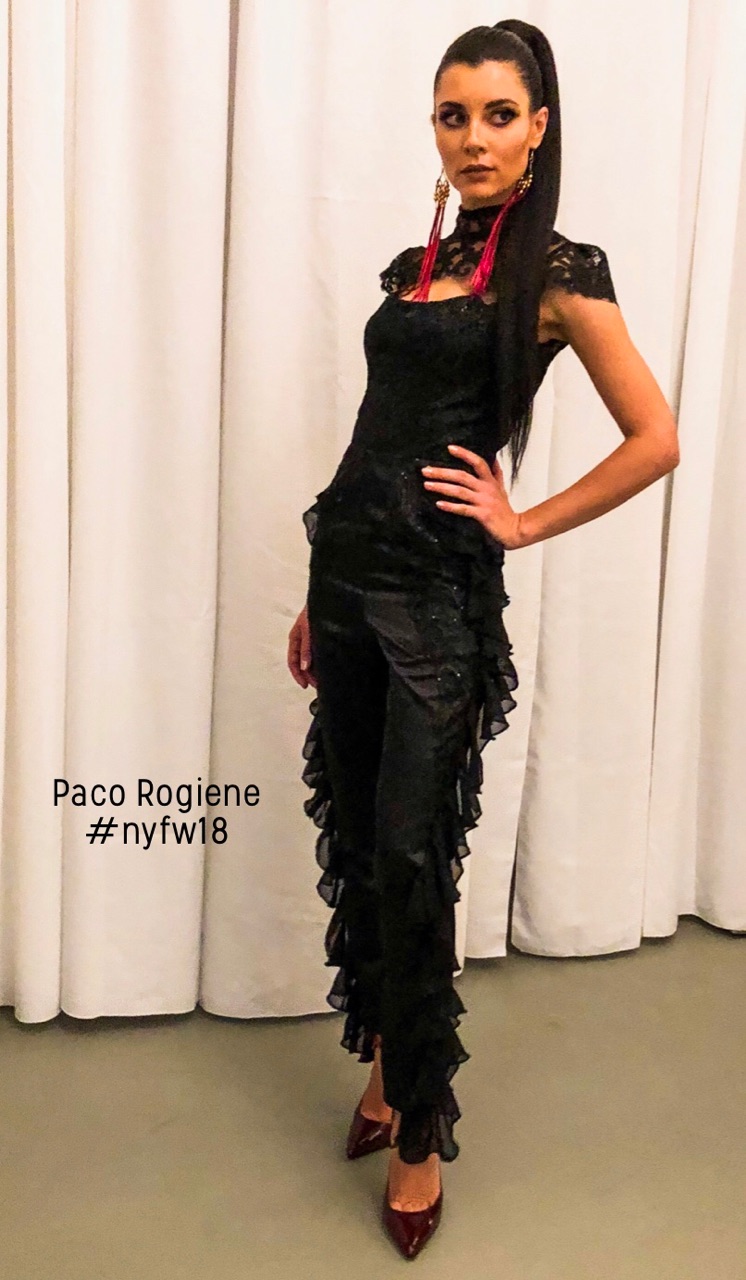 Upon arrival I was inspired just by the window – why? Because it was full of dancers practicing, after all this Show was being held at the Alvin Ailey American Dance theatre on the sixth Floor. Stepping off the elevator I could feel the energy. After check in I quickly I found my front row seat as VIP guests were being served wine. 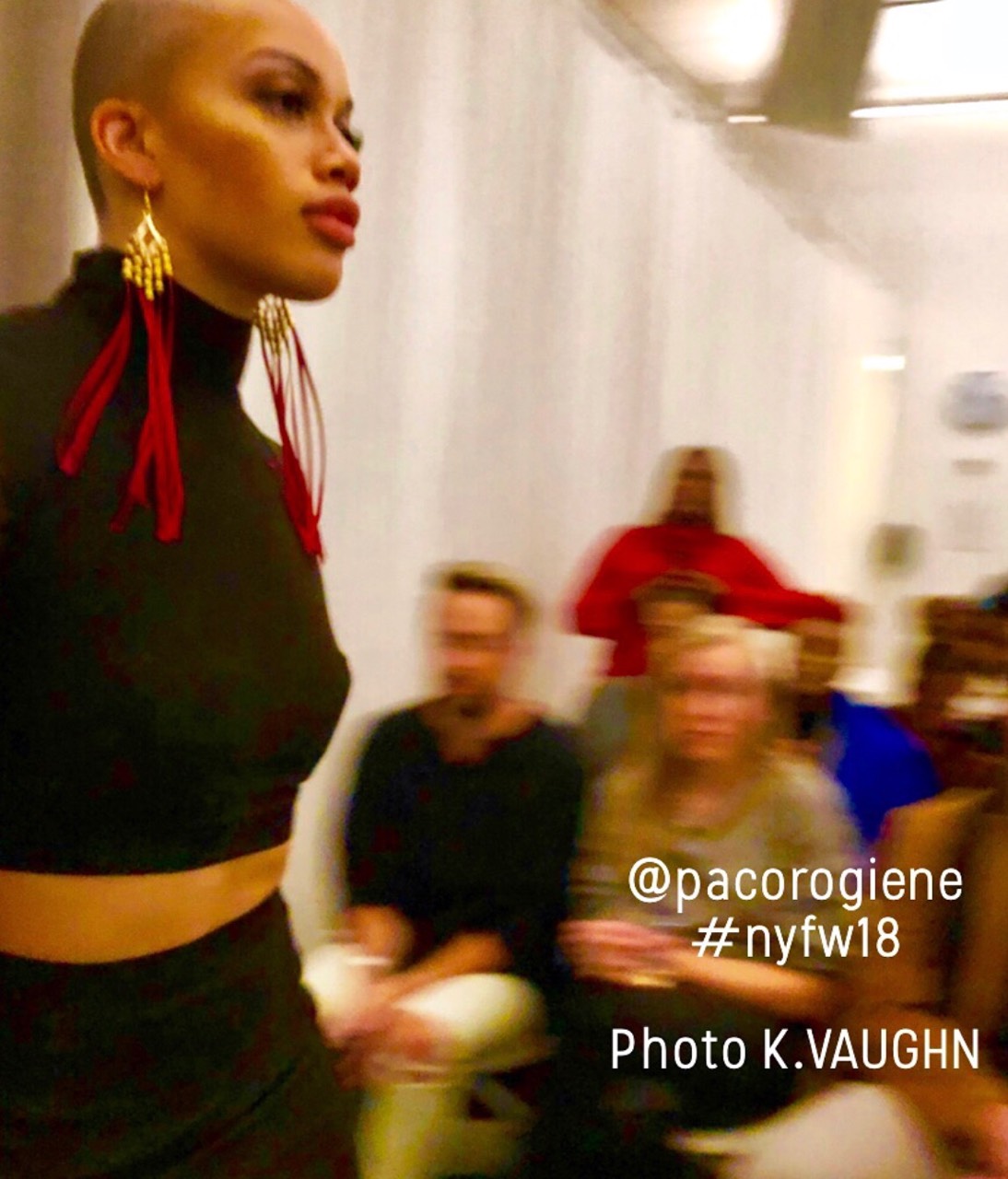 The DJ began playing 50 Cent & Biggie as the lights dimmed. Showtime. A sea of black pieces in sheer and lace flowed my way. I was close enough to see the quality of the fabrics and tailored finishes. The men’s lace shirt with matching jacket was perfect!

Then a flow of white pieces followed. The men’s 3 quarter white shirt was a standout from this collection and the fringe pants for women was done in such a modern way I was amazed! 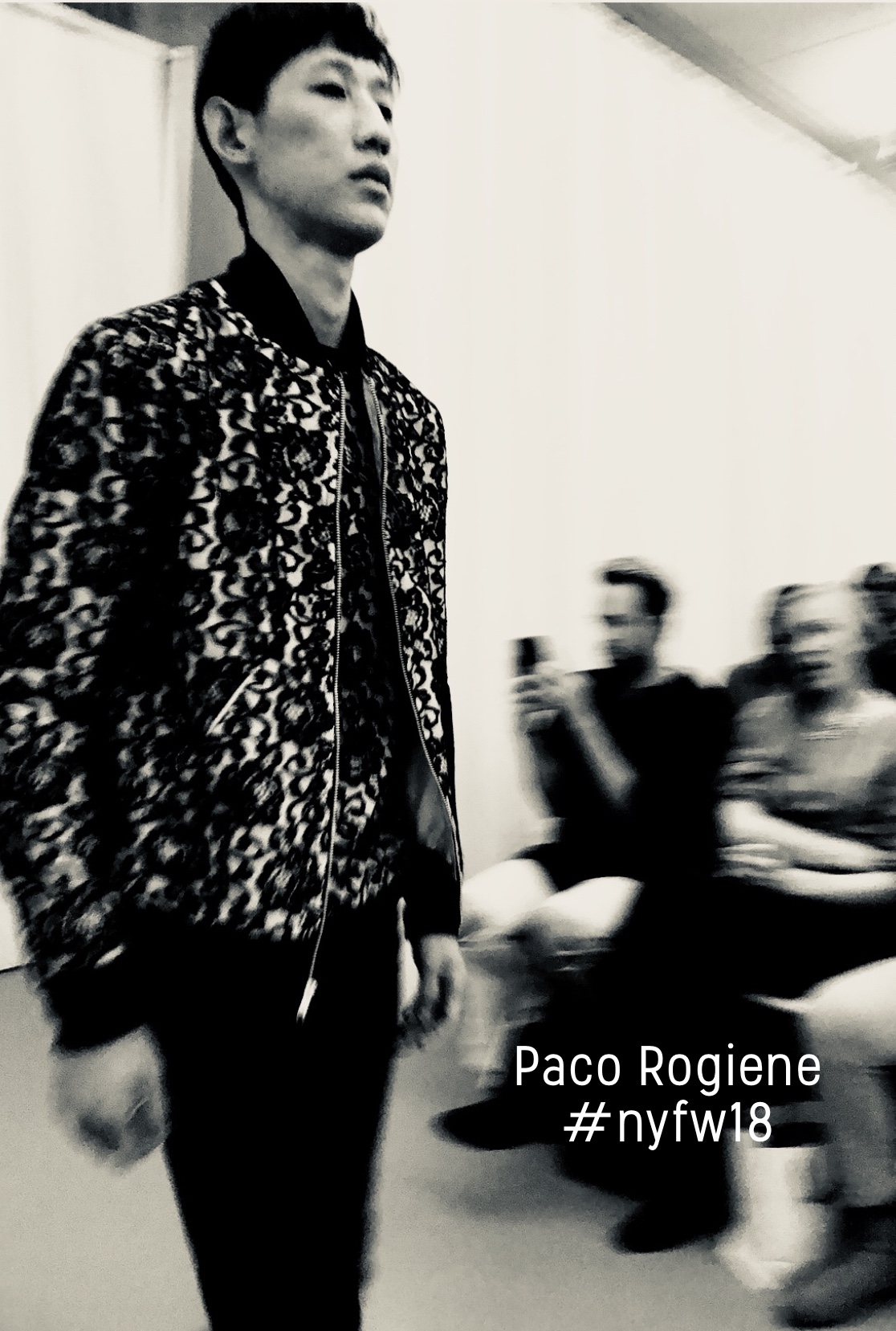 The Diversity of the model selection was thoroughly impressive. Backstage access allowed me to meet and greet the designer and models. Paco’s modern use of classic fabrics was refreshing & the entire show was a joy!