So you mean to tell me that after 8 seasons of diabolical treachery Cersei dies due to structural damage at Casterly Rock?! A freaking building collapse… really? I’m convinced Game of Thrones writers are trying to make fans livid (if so, it’s working). *Deep sigh* I could go on but refuse to go down the rabbit hole. Instead let’s lighten the mood and focus on fashion. Spring is such a hodge podge of temperatures (because global warming), it seems the only consistent theme are the flowers my wardrobe. Ones like this black floral short set for instance. 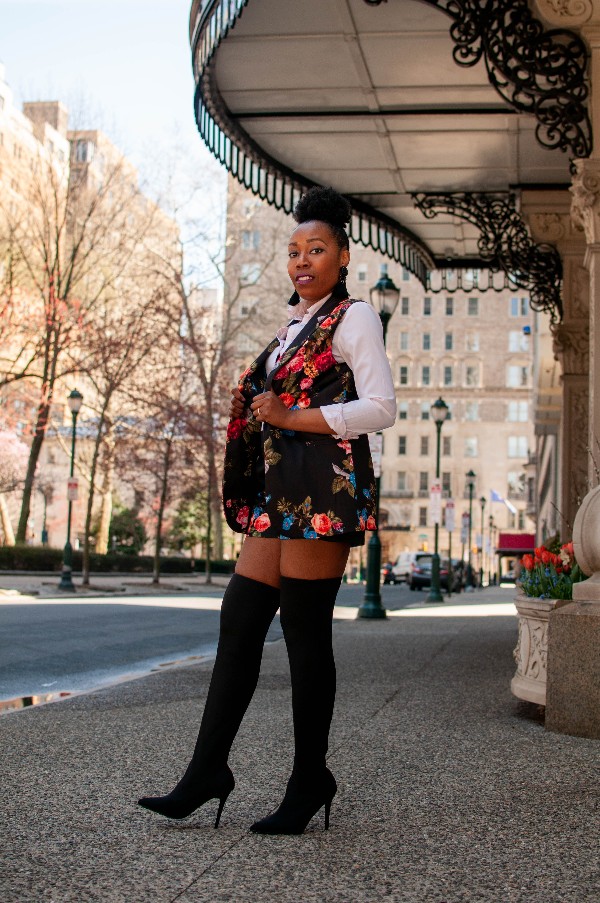 Last year my mother took me shopping for Mother’s Day and we spotted this outfit at Mandee’s in Springfield. If you’ve never been to Mandee, every item in the store is priced at $10 or less. It’s insane, I know, which is why I can’t believe I don’t shop there more often. This floral short set came in three variations: pink, black, and white. White was my first choice but I couldn’t find my size. Nevertheless, the black proved to be a great pick because I can wear this in the fall as well. 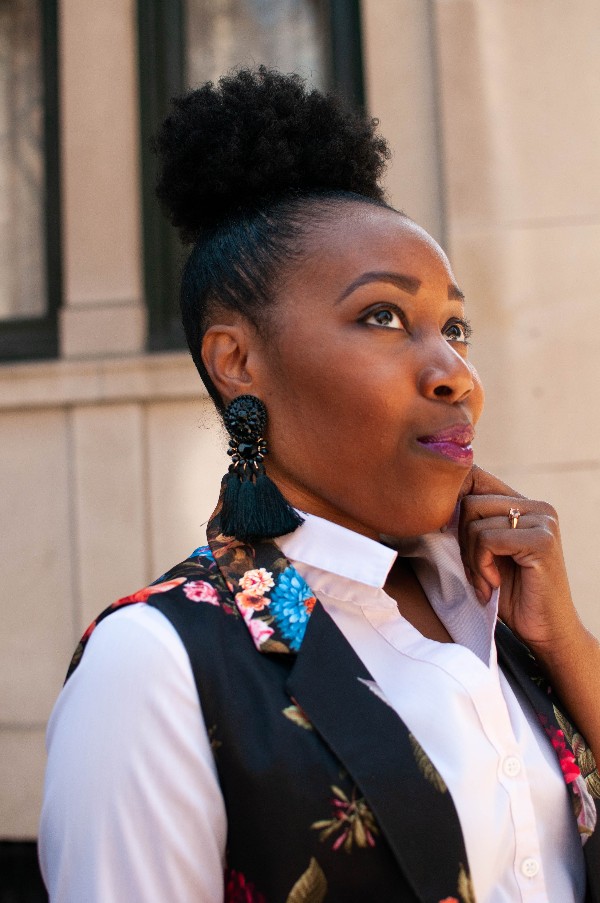 Both pieces were $10 each, sold separately. Something that stood out to me was the long vest. Had it been shorter, the set may have appeared cheasy. A long vest adds a level of sophistication to an otherwise trendy ensemble. I also love the contrast of a dark background against bold flowers. Having never worn shorts with over the knee boots I knew that’s exactly how I wanted to style this outfit. I’m aware that some find the pairing a little too risque, especially for a Christian blogger. However, I honestly believe that it’s how you wear your clothes that makes the difference. 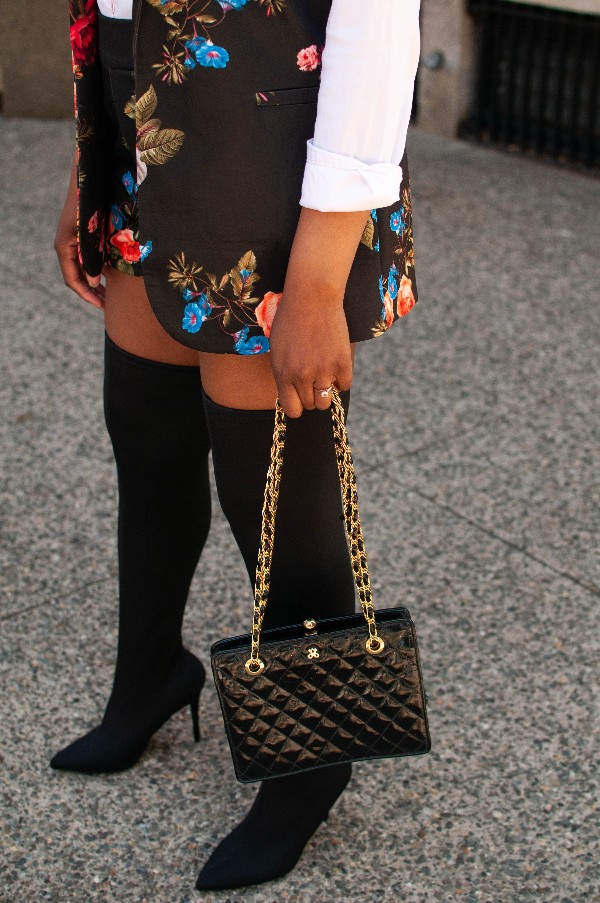 The plan was to layer a classic white button up underneath the vest. Would you believe I couldn’t find a single one in my closet? Epic styling fail an hour before my shoot. This pastel pink button up is plan B. I still don’t think it works but hey, the show must go on. Black fringe earrings and a quilted chain handle purse complete this look. Have you ever worn boots with shorts? What do you think of this combo? Let me know in the comments and lets make this a great Monday! 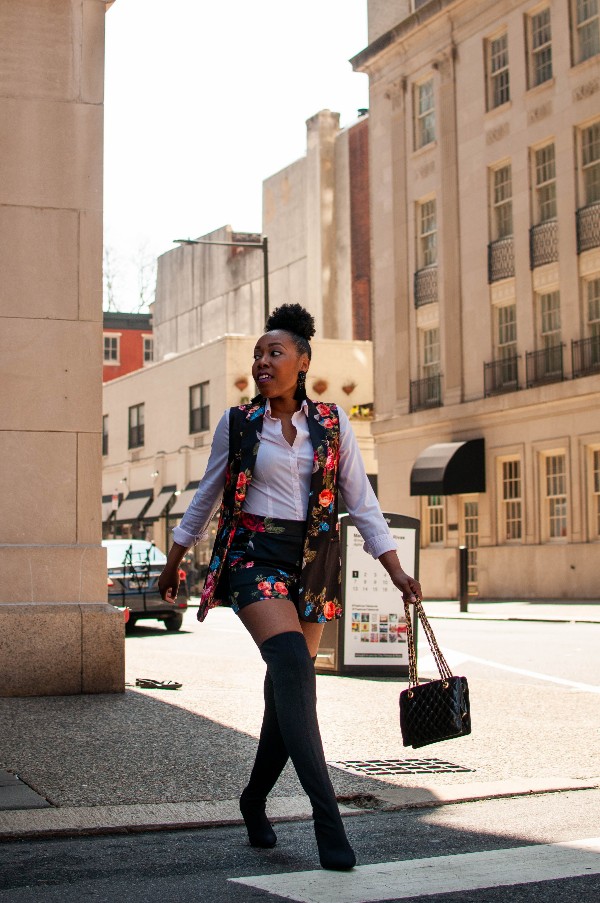